In 2008 Congress created SIGAR to conduct robust, independent, and objective oversight of the U.S. reconstruction investment in Afghanistan, which currently exceeds $115 billion. Since then, the agency has been at the forefront of the ongoing effort to safeguard the United States’ investment in Afghanistan. SIGAR maintains by far the largest presence of any U.S. oversight agency in Afghanistan and its staff have more experience in country than that of any other organization. SIGAR comprises auditors, investigators, inspectors, and other professionals committed to ensuring that taxpayer funds are protected from fraud, waste, and abuse.

To fulfill its congressional mandate, SIGAR publishes audit and inspection reports that delve into the details of U.S.-funded programs and projects in Afghanistan. SIGAR’s Office of Special Projects produces prompt and actionable reports to examine emerging and time-sensitive issues. SIGAR’s Lessons Learned Program identifies lessons and develops actionable recommendations on broad reconstruction topics viewed across a 15-year timeframe. In addition, SIGAR’s Research and Analysis Directorate produces quarterly reports, mandated by Congress in Public Law 110-181, compiling the most current information about reconstruction from all of the agencies operating in Afghanistan.

Since SIGAR's creation we have issued 248 audits, inspections, alert letters, and other products—including nearly 701 recommendations—and identified roughly $2 billion in potential savings to U.S. taxpayers. In addition, our investigations unit has conducted 950 investigations, resulting in 104 arrests, 142 criminal charges, 106 convictions or guilty pleas, and 94 sentencings.

With its congressional mandate to oversee any U.S. agency involved in the reconstruction of Afghanistan, SIGAR has full law-enforcement powers as well as the authority to conduct audits and inspections, and to issue quarterly and lessons learned reports. 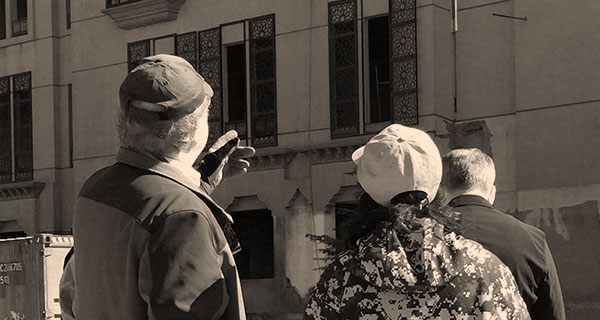 Produced 33 Quarterly Reports to Congress that provide timely, accurate, and comprehensive reporting and analysis of the U.S.-funded reconstruction mission in Afghanistan.

Where SIGAR Has Worked

This map shows provinces in which SIGAR has conducted or commissioned
audit, inspection, special project or investigative work. 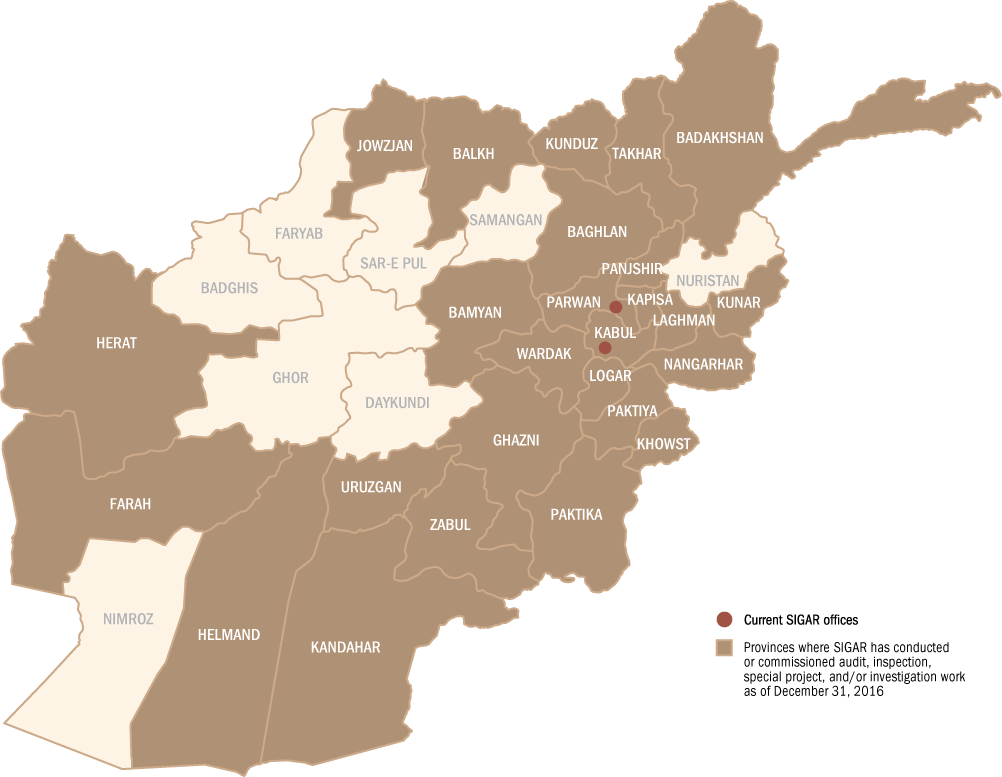 Connect with SIGAR and read the products we produce
for the U.S. Congress and the American people.