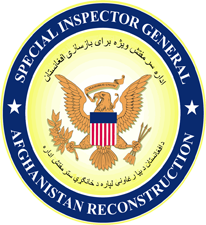 Stabilization:
Lessons from the U.S. Experience in Afghanistan

This report draws important lessons from the U.S. experience with stabilization in Afghanistan from 2002–2017, with a special focus on the years after 2009 when most of the $4.7 billion in stabilization funds was spent. With the rise of the Islamic State and its affiliates, making poorly governed spaces inhospitable to transnational terrorist groups remains a vital U.S. national security priority.

Our analysis reveals the U.S. government greatly overestimated its ability to build and reform government institutions in Afghanistan as part of its stabilization strategy. We found the stabilization strategy and the programs used to achieve it were not properly tailored to the Afghan context, and successes in stabilizing Afghan districts rarely lasted longer than the physical presence of coalition troops and civilians. As a result, by the time all prioritized districts had transitioned from coalition to Afghan control in 2014, the services and protection Afghan forces and civil servants were in a position to provide often could not compete with a resurgent Taliban as it filled the void in newly vacated territory.

“The mission wasn’t to win but rather to get in and out as quickly as possible.”

A farmer takes a bag of fertilizer at the Civil-Military Operations Center at Camp Hansen in Marjah District, Helmand Province, on April 25, 2010. (Marine Corps photo)

Under immense pressure to quickly stabilize insecure districts, U.S. government agencies spent far too much money, far too quickly, in a country woefully unprepared to absorb it. Money spent was often the metric of success. As a result, programming sometimes exacerbated conflicts, enabled corruption, and bolstered support for insurgents. Coalition relationships with, and aid and contracts given to, Afghanistan’s elites created new grievances and inflamed old ones as some groups benefited from the war, while others were alienated and driven toward the insurgency.

“There was a real and pervasive belief that if you dumped money into an economy, you could save it. Those of us who said otherwise were ignored…The strategy was ‘money expended equals success.’”

Note: USAID did not disburse any funds for stabilization in 2002.

According to USAID, historical funding levels may not be comprehensive prior to 2006. For example, the Afghanistan Transition Initiative (ATI) ran from 2002 to 2005, but USAID reporting does not include any disbursements until 2003. USAID spent nearly $2.4 billion on stabilization programs in Afghanistan from 2002 to 2017, $1.5 billion of which was spent between 2009–2011.

Members of PRT Kandahar and Italian troops deliver humanitarian aid to residents of Spin Boldak in 2003. (Photo by Harold Ingram)

From 2003 to 2005, the U.S. military executed a counterinsurgency (COIN) campaign in the east and south. To “prevent a Taliban resurgence and to build support for the coalition and the central government,” the U.S. military, State Department, and U.S. Agency for International Development (USAID) used a growing number of Provincial Reconstruction Teams to implement projects together and strengthen local government. (1)

From 2005 to 2007, military and civilian agencies continued to adopt policies that called for synchronized interagency stabilization programming. On the ground, the agencies rarely operated in concert with one another. The military continued with COIN, and USAID implemented several stabilization programs, but sometimes in isolation. U.S. Embassy Kabul was “normalizing” its operations as it moved from a war footing toward the kind of embassy presence the State Department has in most countries.

A civil affairs specialist with Regimental Combat Team 3 interacts with village elders during a patrol in Helmand Province on August 18, 2009. (Marine Corps photo)

From 2008 to 2009, it became increasingly apparent that security was worsening as the numbers of suicide attacks and improvised explosive devices skyrocketed. In Iraq, COIN and stabilization efforts were thought to be responsible for dramatic improvements in security there, and many policymakers felt compelled to use the same methods to help the Afghan government secure the country and out-govern the Taliban in rural communities.

Marjah District Governor Haji Zahir speaks to elders gathered in the Shorshorak area of Marjah on January 8, 2010, shortly before the U.S. Marines push into the district in Helmand Province. (U.S. Marine Corps photo)

From 2009 to 2012, the U.S. committed to an explicit stabilization strategy. A surge of over 50,000 troops was brought in to “clear” insurgents from the most dangerous and contested districts, while hundreds of civilians arrived to implement stabilization programming intended “hold” and “build” those areas so the Taliban would be unwelcome. To implement the strategy, State, USAID, and the Department of Defense (DOD) leveraged a dramatic increase in resources to refocus existing programs and create new ones that would “strengthen the reach and legitimacy of the central government in outlying regions.” Using a robust framework for civilian-military cooperation, the coalition intended to help the Afghan government out-govern the Taliban and provide services to contested populations to win their support. (2) At the same time, however, the coalition surge was limited to 18 months. These two decisions—to prioritize the most dangerous parts of the country and to draw down forces and transition on compressed timelines—had a profound and harmful impact on countless subsequent decisions regarding stabilization planning, staffing, and programming.

“Stabilization requires time to measure and adapt, and we lost all that. It was all pulled out from under us. We went from an end state to an end date.”

When the transition was announced, USAID’s stabilization budget in Afghanistan was slashed as the agency began its slow return to long-term development. In practice, there was so much stabilization programming in the pipeline that it took several years to dry up. According to a senior USAID official, spending continued even as stabilization had become a “dirty word” at the agency, associated with excessive and ineffective spending at the military’s behest.

During this period, State and USAID attempted to overhaul stabilization by tailoring it to reflect the transition to Afghan control and addressing previously identified problems. Whereas agencies had trouble working together during the surge, during transition they sometimes worked explicitly at cross-purposes, particularly as they transitioned key territories to Afghan control.

“There was some shift toward governance and toward the provincial level, but the efforts at the district level were deemed essential because of the necessity to support military operations.”

DOD implemented stabilization programs that encountered pressures and perverse incentives similar to those faced by civilian programs. For example, the Commander’s Emergency Response Program (CERP) aimed to provide “urgent humanitarian or reconstruction projects,” in part, to reduce violence. (3) Starting in 2009, the program encouraged military commanders to spend money in a way that would benefit the Afghan population through projects that could be transferred to the Afghan government and thus help improve the government’s legitimacy. DOD struggled to develop measures of effectiveness to understand the impact of CERP projects, and the limited number of qualified and experienced civil affairs teams to oversee the program’s implementation led CERP to focus less on effective programming and more on spending. Once DOD deemed money a “weapon system” in 2009, commanders were often judged on the amount of CERP money they disbursed. With insufficient attention to impact and a frequent assumption that more money spent would translate into more progress, these projects sometimes exacerbated the very problems commanders hoped to address.

“At one point, I told my brigade that if we are going to ignore impact, then the smartest thing to do is nothing. I got crickets. ‘We can’t build nothing,’ they said.”

A second DOD stabilization program, Village Stability Operations (VSO), showed potential during the surge but deteriorated during the transition as the program drew down too quickly. U.S. Special Operations Forces (SOF) implemented VSO from 2010 to 2014 to stabilize strategically located villages. The military hoped to connect these villages to formal district and provincial government by offering various services, particularly security in the form of an Afghan Local Police (ALP) force. Once the transition was announced, many of the program’s core principles were compromised. DOD came to believe VSO could compensate for the aggressive transition timelines by using the ALP to fill the void created by the coalition’s withdrawal. To do so, the program grew at an unsustainable rate, from 6,500 ALP across 93 sites in 2011 to 24,000 ALP in 2013.

“VSO was working initially, but as it expanded, we ran out of development people from the embassy. So, we were trying to replace them with uniformed people, and they’re not the professionals in that area.”

The stabilization effort in the Marawara District of Kunar Province in 2010 and 2011 demonstrated that remarkable progress was possible when a number of factors coalesced. These factors included:

The convergence of these factors was rare. In addition, as SIGAR’s Marawara case study illustrates, even in the best cases, gains were rarely sustained over time and combat events spiked [see graph below] as coalition resources were withdrawn or priority districts shifted due to the coalition’s condensed timeline.

“We would have been behind without USAID. They were instrumental in getting contracts set ahead of the military operation, to get a convoy of stuff ready to go in from Asadabad...They brought to the table knowledge of the human terrain and knowledge of stability operations, and they had the capacity to reach back to the PRT. The infantry just doesn’t have that.”

Between 2001 and 2017, U.S. government efforts to stabilize insecure and contested areas in Afghanistan mostly failed.

The U.S. government overestimated its ability to build and reform government institutions in Afghanistan as part of the stabilization strategy. During the 2009 Afghanistan strategy reviews, President Obama and his civilian and military advisors set in motion a series of events that fostered unrealistic expectations of what could be achieved. They also ensured the U.S. government’s stabilization strategy would not succeed, first with the rapid surge and then the rapid transition. Under immense pressure to quickly stabilize insecure districts, U.S. government agencies spent far too much money, far too quickly, in a country woefully unprepared to absorb it. Money spent was often the metric of success. As a result, programming sometimes exacerbated conflicts, enabled corruption, and bolstered support for insurgents.

Every organization and agency that worked on stabilization in Afghanistan suffered from personnel and programming deficits borne from rapid scaling, short tours, and the pressure to make quick progress. Even harder than finding available civilians and soldiers was finding qualified and experienced candidates who were trained and equipped to understand and navigate local political economies.

Stabilization is inherently political, but given DOD’s size and resources the military consistently determined priorities and chose to focus on the most insecure districts first. These areas were often perpetually insecure and had to be cleared of insurgents again and again. Civilian agencies, particularly USAID, were compelled to establish stabilization programs in fiercely contested areas that were not ready for them.

Because the coalition focused on the most insecure areas and rarely provided an enduring sense of security after clearing them, Afghans had little faith their districts would remain in government hands when the coalition eventually withdrew and were often too afraid to serve in local government. Implementing partners struggled to execute projects amid the violence, the coalition had very limited access to and understanding of prioritized communities, and U.S. government agencies were unable to adequately monitor and evaluate the projects that were implemented.

As a result, powerbrokers and predatory government officials with access to coalition projects became kings with patronage to sell, fueling conflicts between and among communities. In turn, Afghans who were marginalized in this competition for access and resources found natural allies in the Taliban, who used that support to divide and conquer communities the coalition was keen to win over.

Congress has an important role to play in overseeing agency-specific reforms to stabilization. Congress should legislate and provide adequate resources to ensure executive branch agencies implement the reforms laid out above. Specifically, Congress should: